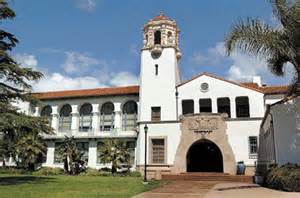 New kid, new school, new people. That’s a whole lot of new. Starting at a new school isn’t always easy and you’re going to start developing some new ideas about what it’ll be like. I went around asking 7th graders what their first impressions were coming into this new environment.

They’re big and rule the halls of the school. You stay out of their way and they stay out of yours. You’ve met the 8th graders! Several students said that coming into 7th grade, these older students made them nervous. These kids are intimidating and not someone you want to cross. Realistically, 8th graders aren’t any of these things, but being younger, you paint this picture in your head of somebody who will beat you up in a second. To you, they’re giants and you’re an ant.

A huge difference between elementary and junior high school is that for your 6 periods you switch classes with six different teachers. You don’t even have a home room teacher! in elementary school you had only one teacher, and maybe even two. With this, comes the worry of finding the right classes, getting to them on time, and the scary thought of just switching switching classes in general. you may never know when you may think you’re  in 3rd science only to find out when you get there that it’s 3rd period math!

The most obvious change of coming into junior high is the number of students attending. In elementary school you only have about 90 students per grade. Here, it’s about double, maybe even triple that number. Now, there about 750 students in two grades instant of about 600 in 7 grades. So, entering the school “big” group of friends may not see so big anymore. This also means trying to make new friends. Sometimes making new friends doesn’t come very easily. Several 7th graders admitted that making new friends made them nervous.

“Coming from a small school to a school with several more people in my grade was different, but is turning out to be ok,” says 7th grader Grace Miller.

The Not-So-New Kid
Now being here for a longer time, I and many others realize that junior high isn’t at all what we expected it to be. Every student, including 8th graders, are nice, the transitions between classes aren’t as stressful, and the school population doesn’t seem as big. Junior high is great and I hope you have a fantastic 7th and 8th grade school year.