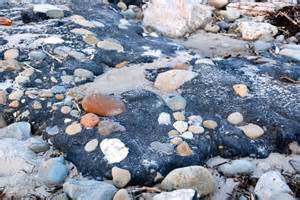 When was the last time you were at the beach? Do you remember vigorously rubbing baby oil, olive oil, mayonnaise, nail polish, or even gasoline against your skin in hopes of ridding yourself of the black, sticky stuff latched to it? Have you caught yourself paddling through huge pools of icky, smelly black liquid? News Flash! That black, gum-like liquid is tar.

Offshore Santa Barbara has the second largest marine oil seeps in the world with a whopping 150 barrels of oil released a day. That is equivalent to $15,000 if they were to be sold. To make matters worse, the number one source of air pollution in Santa Barbara county is natural, TOXIC oil seepage. Yes, that’s correct; oil is toxic and harmful to inhale. But that isn’t all. Not only is tar toxic to humans, it’s even more harmful to marine animals. It leaves fish with defects (including heart, lung, and birth) , leaves birds flightless with tar-coated wings, and traps seals in icky pools of tar.

However, there is a solution! Oil companies tend to get a bad rap from society, but we should be thanking them because offshore drilling has reduced pressure on the oil and gas fields which makes the oil slow down. Also, pipes that collect oil is also helps rid the oil. Next time you see tar, don’t blame the oil companies! Thank them instead, and encourage others to be aware of this tar catastrophe!