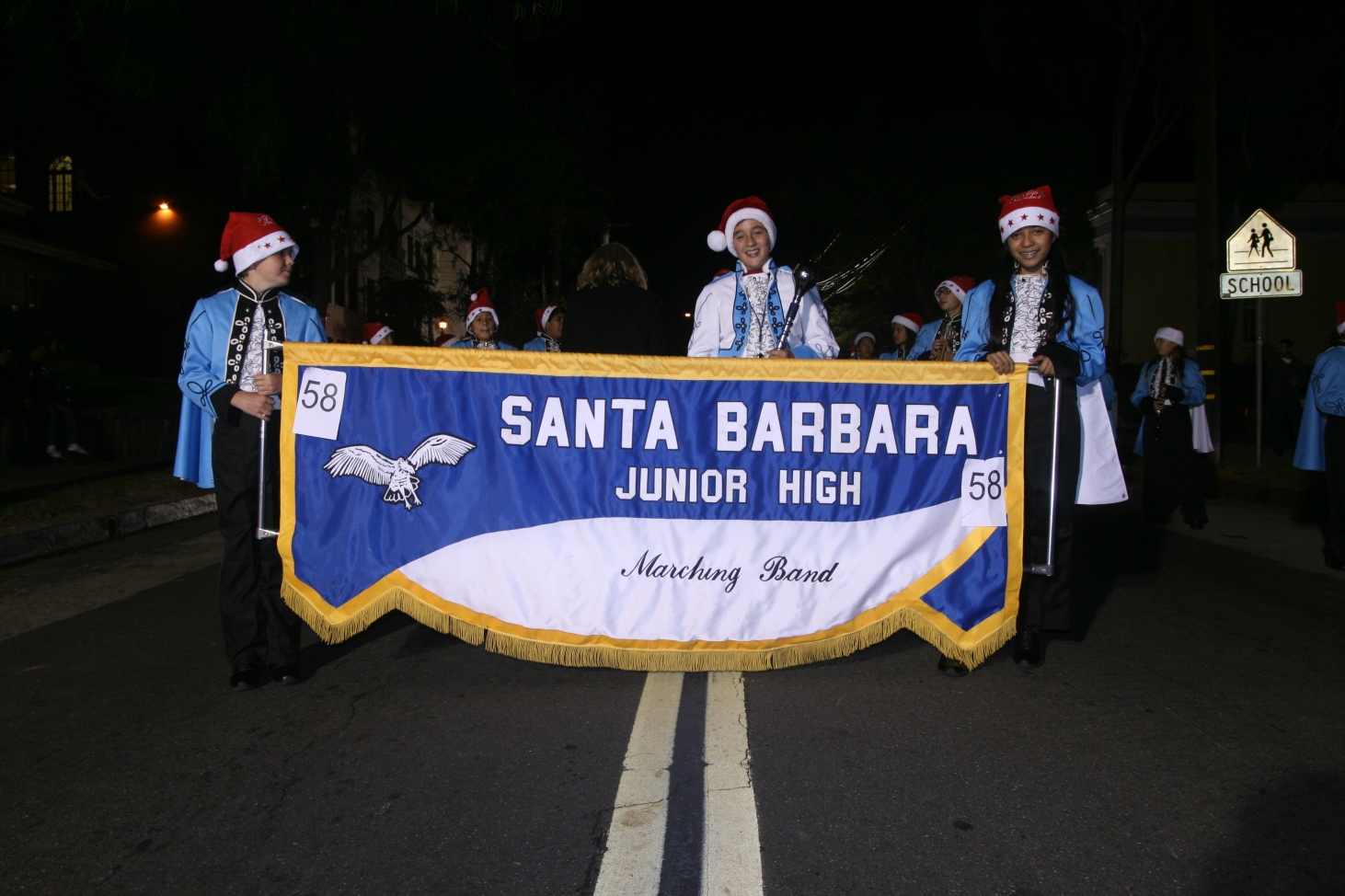 This was the 63rd annual downtown holiday parade. Like always the parade ended with Santa visiting, on a massive float. The parade was a blast and was fun for the entire family. Hopefully, you stopped and congratulated our band and all the other participants.
If you missed this parade don’t worry, the Milpas Parade is only a few days away. It begins December 12th 6:30 (Friday). Have a happy holiday!