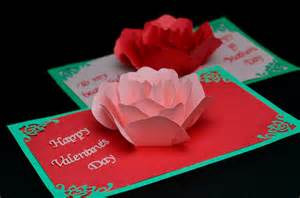 Every year on February 14, most countries celebrate Valentine’s Day. To some, Valentine’s Day means meeting their significant other to share chocolate and flowers, and to others, it means staying in with their best friends; but why is this holiday celebrated at all?

Saint Valentine, an ancient Roman priest, was a crusader for love. When Emperor Claudius III decided that single men fought much better in wars than married men, he illegalized marriage. Saint Valentine ignored this demand and continued to issue marriages in private. He was then ordered to be killed by the emperor. This story is one of many fables to explain the reason we celebrate this holiday.

Another story features Saint Valentine, but this time, he is in jail. Upon seeing a beautiful young woman (popularly believed to be the jailer’s daughter), Valentine fell in love. He sent a card to her, which we now call “valentines” because of the signature, “From your Valentine.” He was thought to be the first to send a valentine (card).

Another possible reason why Valentine’s Day is celebrated dates back to a Pagan festival that was celebrated in February, to honor the death (or life) of Saint Valentine. The festival consists of Luperci members, or Roman priests, gathering where Romulus and Remus were supposedly brought up by a wolf. Then, a dog is sacrificed for purity and a goat is sacrificed for fertility. The goat’s hide is dipped in purification blood and “gently slapped on women and crops.” Women appreciated this because it was thought to bring them fertility for future children. To conclude the festival, all the women in the village put their names in a vat, and bachelors drew names. The women who the names belonged to became their girlfriends, and most of those relationships ended in marriage.

The only reason Cupid is represented in Valentine’s Day celebrations is because he is the God of Desire and Amor (Love).

Whether or not you choose to stick Valentine’s Day to its original intention, the holiday is always a blast to celebrate! If you don’t have a date, it’s still just as fun. Invite a few friends over, eat some chocolate, and snuggle up with a romantic movie! After all, platonic love is still love. Happy Valentine’s Day!