By Talia Honikman and Emily Krumholz

On February 3rd, 2016, we had the privilege of being able to attend the Opening Night Red Carpet as student press for the International Film Festival. It was an amazing experience and we got to conduct many interesting interviews with the actors, actresses, directors, and producers on the carpet.

When we arrived, the major newspapers and press were just beginning to set up their cameras, but already there were passerby and fans crowding along the railing outside the Arlington Theater. We set up at the way back of the press spots, but since some of the larger newspapers didn’t show up, we were moved closer to the backdrop and therefore were able to get more interviews. We were a bit nervous about what we were going to ask the actors, directors and producers who would be walking the carpet, but we were able to come up with questions once we found out who would definitely be attending that night.

The first people we interviewed were Marcia Nasatir and Anne Goursaud, the subject and director, respectively, of the movie Classy Broad. It was their first time at the film festival. When asked if they had any advice for women in the film industry, Goursaud replied, “Don’t ever let yourself get discouraged, because that’s what will cause you to stop. You go through a lot of rejection as the director of a film, but you have to stop crying about it and keep going.” Nasatir added that women shouldn’t worry about what men might think of them. “You just have to ignore it, if you can,” she said. “And remember to continue to do what you’re passionate about.” 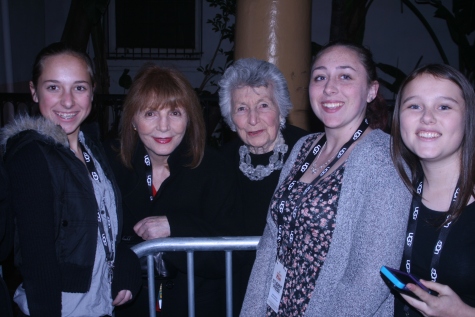 We then interviewed Mackenzie Foy (known for her roles in the movies Breaking Dawn part 2 and Interstellar). Foy walked over to us on her own and she was very engaged and kind with us, which we really appreciated. We asked her about the differences between filming a live-action movie and an animated movie.

“It’s really cool,” she told us. “It’s actually harder than live-action just because you have to portray all of these emotions without using your face or your body, so that’s really difficult, but it’s really worth the challenge.”

Directly after interviewing Mackenzie Foy, we were able to interview Jeff Bridges (known for his roles in movies such as Tron, The Giver, and Iron Man). At this point during the red carpet, the handlers of the actors were pushing to get Bridges inside the theater, but we were able to get one more interview with him. Because it was the last interview he gave, the press on either side of us stuffed their microphones and recorders through us to Bridges, eager for an interview. However, Bridges remained calm as he talked to us and answered the questions we asked. All in all, it was a great interview. 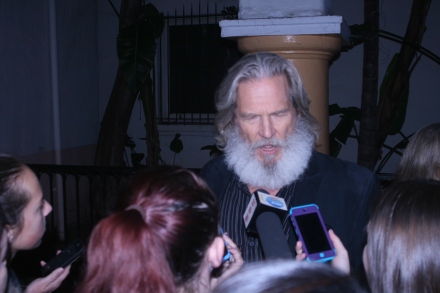 “Well, one of the main differences is that you really get to hone your work because it takes about three years to make a movie like this, and you do scenes over again,” said Bridges about the differences between making an animation such as The Little Prince and a live-action movie. “It’s also much more expensive, and it’s difficult to commit to the final animation. You want to make sure that all the stories and scenes are perfect so you have to work on it over and over and do a lot of improvisation and playing around. It’s quite different from regular live-action filming, but a lot of fun.”

It was a lot of fun and a great experience being able to attend the Opening Night for SBIFF, and we look forward to many great interviews and article from other events! 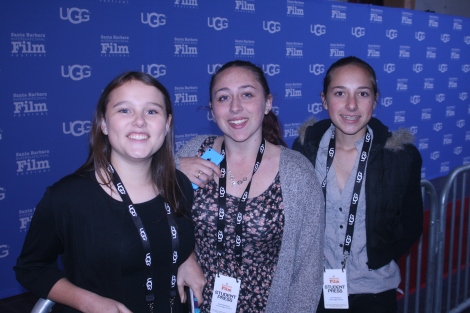