On February 8th at the Arlington Theater one of many red carpets for the International Santa Barbara Film Festival (SBIFF) took place. This particular red carpet was dedicated to the outstanding performers of the year. The actors being honored were Brie Larson and Saoirse (pronounced sur-shuh) Ronan. Unfortunately, Brie was unable to attend, but was skyping in for an interview. All the same, they are both incredible actresses and very much deserved their awards. 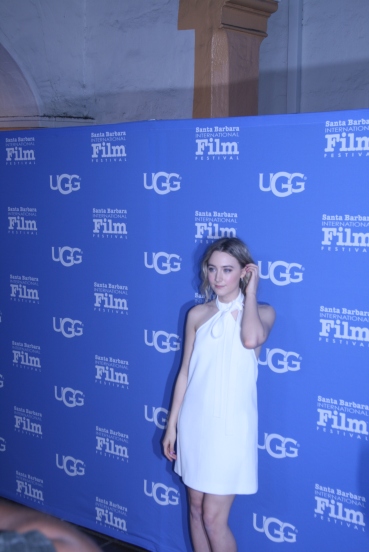 Saoirse Ronan is an Irish actress who was given the award because of her stellar performance in the movie Brooklyn. Brooklyn was directed by Finola Dwyer and is set in the ‘50s based off of a book by Colm Toibin. An Irish immigrant girl by the name of Ellis Lacey played by Saoirse Ronan moves from her hometown in Ireland to Brooklyn. There she meets a tough Italian plumber man named Tony (Emory Cohen) with whom she falls in love with. Unfortunately, this doesn’t last when she goes back to her hometown visit for a, she is tempted by another man. This thrilling movie is worth watching and is a great romance film.

Brie Larson unfortunately could not attend the red carpet but did skype in for the event following. She was awarded for acting in the film Room. It is about a woman and her son who have been stuck in a “room”. A man has locked them in his garden shed and they finally have a time to have freedom and get to go outside.

These two films were awarded for a reason, they are both inspirational and beautiful. They have a certain depth that really reach people’s hearts, and that’s why they were awarded. Overall the films Brooklyn and Room are very amazing and I definitely recommend them both.