Thursday the 11th, at the Arlington Theater, a red carpet event took place for the 31st Santa Barbara International Film Festival (SBIFF). This red carpet honored some of the outstanding directors of the year that were nominated for some of the specific films that they had directed. Coraline Crannell, Emily Krumholz, and I went to the SBIFF red carpet to interview these directors, as well many more that hadn’t been nominated.

George Miller is a very successful film director whose films vary from Happy Feet to Mad Max. Although he is very successful right now, he didn’t always see himself as a film director. Miller is an Australian film director and screenwriter. But before Miller was a film director he was a medical doctor at St. Vincent’s Hospital. To become a doctor he studied at the University of New South Wales, but then later studied film at Melbourne University in 1970, and then acting at the University of California in Los Angeles in 1971. In addition, he has won many awards including Australian Film Institute awards, Los Angeles Film Critic Award, and Chauvel Award. Some of the big movies he has directed are Babe and Twilight Zone: The Movie. 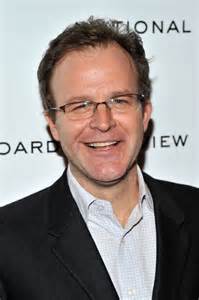 Moving away from George Miller, one of the other big film directors is Tom McCarthy whose full name Thomas Joseph McCarthy.  McCarthy is another very successful film director, actor and screenwriter who has been doing his job since 1992. He was raised in New Providence, New Jersey, and was one of five children. He is a graduate of New Providence High School, and was the graduating class of 1988 at Boston College.

One of his most recent films was a film called Spotlight, which got him the Outstanding Director of The Year Award. Spotlight also got him the Academy Award for Best Original Screenplay. Some of the films he has acted in are films Meet the Parents, Good Night, and Good Luck, and Law and Order. In addition to his acting, he has written/directed Many films that include The Station Agent, The Visitor, and Win, Win. Moving away from some of his adult films, he also co-directed the Disney and Pixar film Up with Bob Peterson and Pete Docter. He also wrote the film for the film Million Dollar Arm. 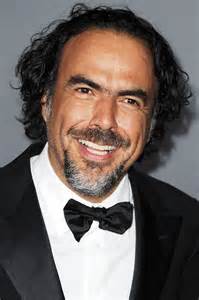 One of the other directors that won the award was Alejandro González Iñárritu. Iñárritu was born in Mexico City, and for a time traveled across the Atlantic ocean which he said helped with his job as director. He started his career as a host at a Mexican radio station called WFM. Later, he became a producer at a Mexican television program called Televisa. He is now a Mexican film director, screenwriter, film producer, and composer. He is also the first Mexican director to be nominated for the Academy Award for Best Director which he won, and the Directors Guild of America Award for Outstanding Directing. Some of the films that he has directed are 21 Grams, Babel, and his most recent one, Revenant which has gotten him many nominations. In fact, because of Revenant he won the Best Director Award this year. 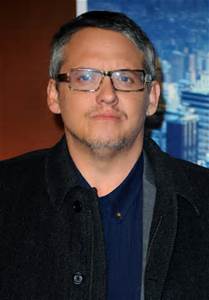 Moving aside from Iñárritu, another director is Adam McKay. Adam is an American film director, producer, screenwriter, comedian, and actor. Before he started directing, he was the head writer for the NBC sketch comedy series Saturday Night Live for two seasons. He had originally auditioned to be on stage, but didn’t make the cut. Instead, he landed his two year job as the writer. He graduated from Great Valley High School in Malvern, Pennsylvania, and attended Penn State and Temple University, but dropped out from the university a semester-and-a-half before he was set to earn his bachelor’s.

Some of the movies that he has directed are Anchorman: The Legend of Ron Burgundy, Step Brothers, The Other Guys, The Big Short and Anchorman: The Legend Continues. All but one of his many films had the very famous actor, Will Ferrell in it. This film was The Big Short which has been nominated for many award including the Academy Award for Best Director, and Best Adapted Screenplay. He also helped rewrite the script for the Marvel Studios feature film Ant-Man which was directed by Peyton Reed.

Finally, our last director is Lenny Abrahamson. Abrahamson is an Academy Award nominated Irish film and television director. He was born in Dublin, Ireland, and was raised Jewish. he studied at Trinity College Dublin where he was elected a scholar in Mental and moral science. He was then later offered a scholarship to study for a PhD in Philosophy at Stanford University in California. However, he did not finish going to school for his PhD. Instead he went back to Ireland to take up filmmaking. He ended up directing commercials and a popular series of adverts for Carlsberg. Finally, in 2004, he came out with his first film entitled Adam & Paul. Some of the other films that he is best known for are Garage, What Richard Did, Frank, and Room. In fact, Room is the movie that got him the Outstanding Directors of The Year Award.

Overall, all of these directors are amazing, and have worked hard to get to where they are now. Their accomplishments are absolutely incredible, and they will always be known for the the amazing directors that they are. For those of you who didn’t get to go to this event, remember, there is always next year!