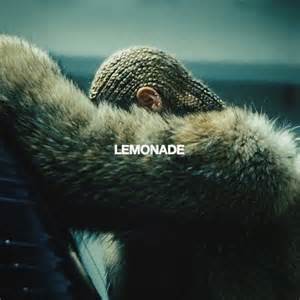 On April 23, 2016, well-known pop singer, Beyoncé, released her newest album, Lemonade. Artists from many different genres such as Jack White, The Weeknd, James Blake, and Kendrick Lamar are all featured on this record. She addresses the issues she’s faced in her marriage, the issues she’s faced as a woman in the music industry, and also connects to her family’s roots. Beyoncé is very popular, so Lemonade naturally received a lot of attention from the public.

The 12-track album opens with “Pray You Catch Me,” which jumps right into the pain and emotion that shaped the album. Since Beyoncé is such a popular musician and celebrity, listeners of the album feel strongly about this song’s subject right away. We quickly learn that the loved role model has been cheated on by her husband. Listeners can’t wait to hear the next eleven songs. Lemonade is filled with passion and the truth behind her side of the story. Since this album received so much attention, it is rumored that Jay-Z will be coming out with a response album telling his side of the story.

“Daddy Lessons” is an example of a song that was much different from what you’d expect from Beyoncé. It is a song driven by her Texan roots and what she learned through her father during her childhood. From her father’s perspective, she sings, “When trouble comes to town and men like me come around,” it’s her dad telling her to not get involved with people like him. Besides forgiving Jay-Z, this song has hints that the album may also be about forgiving her father for the things he did in his life. As you can see, she got very personal with these lyrics, and they’re the reason that this album is so different from Beyoncé’s other very pop-influenced, radio hit records.

Some personal favorites of mine are “Hold Up,” “Don’t Hurt Yourself,” “Freedom,” and “All Night.” They all show the different sides of the story in Lemonade, and the multiple genres that were used help to create it. I definitely recommend Lemonade to anyone who enjoys Beyoncé or for anyone who is simply looking for something new to listen to.