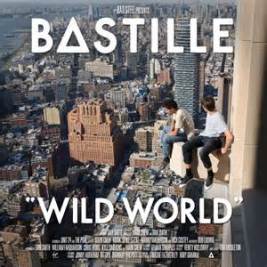 Just this past summer, on June 16, the band Bastille released the first single off their new album, Wild World. Currently, that same single titled “Good Grief” has reached the top ten on Billboard’s alternative charts. This album has a very different message and feel from their past work on Bad Blood, which was released in 2013. Since then, they have also released a third part of their mixtape trilogy, Other People’s Heartache. It’s exciting to see how far the band has come with their sound since their single “Pompeii” became a hit.

The first album takes place in the past unlike Wild Word, which takes place in the present and reveals the past few years in the eyes of the band. Singer Dan Smith wrote this album based on how pressure from the success of their previous record made it difficult to feel at ease with releasing new music into the world. Each of the 19 tracks have their very own style and extremely catchy tunes. To gain excitement about Wild World from the public, the band held album listening sessions and created pop-up shops in Los Angeles, New York City, and London for fans to buy the album. The events were successful and were a great way for fans to experience the concept of the record.

I may not be able to do this album justice, but as a devoted fan of Bastille, I will try to do my best. To anyone who wants to check out Wild World, some songs I’d recommend are “Good Grief” which is the most popular track on the record, “Blame,” and “Send Them Off!” which was the third single off the album. Those three songs display the diversity in style that are experimented with throughout the record. A few other of my favorite songs are “The Currents,” “Warmth,” and “Glory.” Of course, those are only six out of nineteen songs that one will be able to make their own opinion on after listening to the album.

I hope that any music lover that decides to listen to the album will be able to appreciate it as much as I do. Bastille has come a long way since “Pompeii,” and Wild World demonstrates just how much any artist can experiment with their genre while still staying true to their original sound.