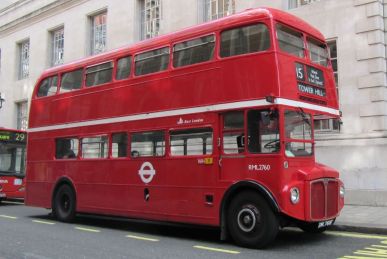 In our world today, a lot of negative things have been happening. Shootings, attacks, nasty political talk, and we don’t really get a break from the bad news. News channels don’t really talk about many happy occurrences. The world needs some good news! Here are four happy things that have happened recently.

Ken Morgan has been married to his wife Shirley for almost 60 years. They met on a double decker bus in 1956. Ken climbed on and an 18 year old Shirley was waiting for him to take his ticket. She was a conductress on the bus. For Ken it was love at first sight, he finally gained the courage to ask Shirley on a date. Eventually they married in 1959. Ken quit the Royal Air Force so he could work on the bus with Shirley. Half a century later, Ken found a double decker bus in a transport museum, and decided to track one down through a collector. After a  year of restoration and a 12,000 pound bill, the bus was ready to be sold to Ken and Shirley. “It was the same fleet 1749 which we met all those years before. It was a real labour of love. It was just wonderful and took us right back down memory lane to the days when we first met,” Ken told Wales Online. Ken and Shirley can be seen taking long rides through the United Kingdom countryside on their double decker bus.

Autistic Children Can Browse Zoo One Hour Before Opening

Big, noisy crowds for children with autism can be very stressful to deal with, so the Taronga Zoo in New South Wales, Australia will now open an hour early on Special Access Toronga days so autistic guests can enjoy the Zoo without the noisy public. The Toronga Zoo also offers V.I.P badges for children who may need a little extra help. The zoo has recently partnered with Autism Spectrum Australia. Since then, 120 staff members have been trained to give special help, if necessary.

The Americas have been declared free of Endemic Measles! This is a disease that can cause pneumonia, blindness, brain swelling, and death. This great accomplishment was made possible do to 22 years of mass vaccination programs. In 2014 there were 114,000 reported deaths from measles so far. Just another fact that makes us so thankful for being measles free. However, this does not mean that you should not get vaccinated or that measles can’t be imported from the outside, so stay smart about getting your children vaccinated!

For the past five years, Josh Coombes, a barber has been giving the homeless around London free haircuts. Josh explained how it all got started to the Huffington Post, “It just happened one day. I had all my gear on me and I was walking past someone who was homeless and it went from there, really. It was a lightbulb moment in my head and I was like this is an amazing way to connect with people.” Coombes now encourages others to pass on random acts of kindness. You can help him out by using the hashtag he created, it’s called #DoSomethingForNothing.

Hopefully these things brighten up your day and showed you that small things like this happen around the world daily. These small things add up and show us that there really is more good than bad.

One response to “Four Happy Things In Our World”