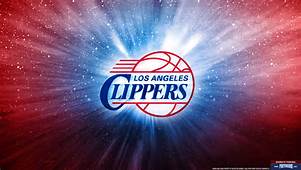 This year, the Clippers have one of the best rosters in the NBA. Returning stars such as Chris Paul, Blake Griffin, and DeAndre Jordan, are mixed with some new powerhouse stars, such as Raymond Felton, Marreese Speights, and Brandon Bass. Two of the best college basketball players, Diamond Stone, from Maryland, and Brice Johnson, from North Carolina, were drafted by the Clippers earlier this summer. The North Carolina star Brice Johnson averaged 11.2 points, 7.0 rebounds, and 0.9 assists last season with the Tar Heels. The breakout star from Maryland, Diamond Stone, averaged 12.5 points, 5.4 rebounds, and 0.4 assists. As you can see, this Clippers roster is going to be very good this season, with the veterans and the new additions.

Many former and current NBA players have been sharing their opinions about the Clippers this season. Retired star Allen Iverson and current star on the Rockets, Jason Terry, have both shared their opinions about the team. “The Clippers can easily win 60 plus games and be the No. 1 or 2 seed and win the NBA Championship” said Terry earlier this week. After their first preseason game against the Warriors, Allen Iverson said, “The Clippers definitely have a chance to win an NBA title this year and if not, I would be very surprised to see their outcome in the playoffs.” Most players do not share their opinions about other teams. So if big names like these two are, that is a very good sign for the Clippers.

This is going to be a great year for this Clippers team. The starting lineup is the 3rd best in the NBA and their bench is the 2nd best in the NBA, according to ESPN and Fox Sports. This is a strong team with a bright future this year. They have a chance to win their conference, if not the title this year. Help them out and cheer for the Clippers!