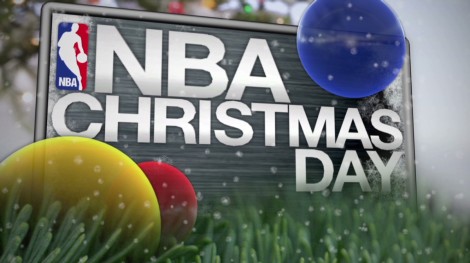 Christmas Day games have been a tradition in the NBA since 1947. There are 5 games on Christmas Day every year. They are incredible games because they always have the biggest rivals in the league playing each other, like the Lakers vs the Clippers and Warriors vs the Cavaliers. They are the most exciting games of the regular season.

Even though it is fun to watch basketball on Christmas Day, some of the players don’t think so. They have to go to work on a day that is meant to spend time with your family and friends. There has never been any controversy over the games until LeBron James came out last Christmas and asked to “cancel all of the games on this holiday.” He has played on Christmas Day since 2007 and hasn’t been able to spend time with his family on Christmas since 2006. He is usually always on the road and focused on the game, not his family.

Even though some players don’t like playing on Christmas, some love it. For some players, like Carmelo Anthony, it has become the biggest Christmas tradition for him and his family. He has played on Christmas Day for the past 8 years and actually brings his kids and wife with him to his game. Not all players dislike the games like LeBron.

This Christmas Day is going to be a amazing day for games and rivals. The biggest rivals in the NBA will be facing off this year. Here is the schedule for this year’s Christmas Day games: