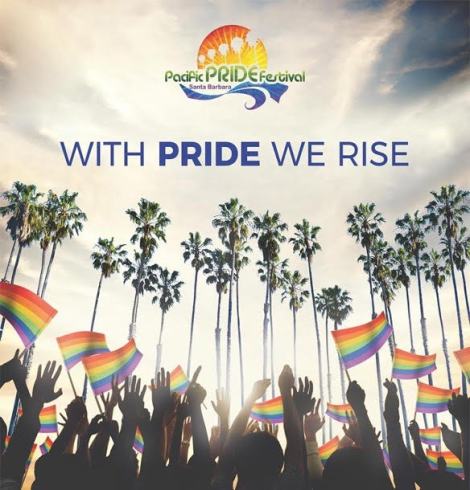 If you went by Chase Palm Park last Saturday, you may have seen large crowds, colorful flags, and heard blasting music. This is because last Saturday, August 25th, was the 2018 Pacific Pride Festival. The festival is an annual event held in Santa Barbara, this year at Chase Palm Park, down by the beach.

The Pacific Pride Festival is an event that is open to all people. It welcomes members of the LGBTQ+ community, as well as allies, supporters, and their family members. The festival is a time for people of all genders, orientations, and identities to feel comfortable and safe. It is an all-day event with a schedule full of performers and speakers. There are also vendors, food, and non-profits.

This year’s performers included runner-up on season 10 of RuPaul’s Drag Race, Raven! She lip-synced and danced her way across stage to several songs before holding a meet-and-greet with fellow performer, Mayhem Miller. Live entertainment also included Ada Vox, an American Idol Top Ten contestant. She is the first drag queen to be on the show. Other singers were the Rainbow Girls and Dev.