These years in the pandemic have been hard. However, one of the main things we can do is to thank teachers all around the world. At our school SBJH we have to also thank the new teachers that are stepping up to teach during this time. I was fortunate enough to interview Mrs. Burke, our new 7th Grade English teacher, and Mr. Larsen, our new Music teacher. Since they were new at our school I thought it would be best to get to know them, first we have Mr. Larsen.

Mr. Larsen is our  music teacher, he is located in room 129 and he teaches 0 period – jazz band, 1 period – advanced band/drumline, and 2 period – band/orchestra. He is also the Arts Coordinator for the district. He is the liaison between community partners like SB Symphony and SB Bowl and our arts and performing arts teachers.

One of the questions I asked that I thought was interesting was “Why did you choose music to teach?” I also asked this question to Mrs. Burke, but since they teach different subjects I had to ask, also like I said before each story is different. His response was that he has been a musician for a long time and wasn’t a teacher. His sister who is an art teacher thought that he would enjoy teaching music, and after he tried it, he realized she was right.

Another question was,“What instrument got you into music?” He responded by saying that from the beginning he took piano lessons and was in choir, and he went to a small school and almost everyone was in choir from first grade into high school. Which I thought was interesting because wouldn’t it just be parents that came to watch? And wouldn’t that make the sessions harder to teach with everyone at different grade levels?

Since I asked him what instrument he liked I decided to ask what song he likes or he teaches that he enjoys. He said, “That is a tough question because that depends on the instrument, its that I always get excited, anytime I see kids getting excited about the song their learning, weather they knew there song before, like in the jazz band here, we are learning a song called, ‘I’m coming home’ and it a really old jazz song from before I was born, but the students in my class, once they started playing it, I mean it sounds cool and the kids really enjoy it, and our band sounds great!” Honestly I am amazed with this response because he didn’t really say what his favorite song was but that he enjoyed the song that kids loved to play. We all love a teacher that’s passionate about teaching kids and teaching what they like.

I asked this question to Mrs. Burke as well but I asked him, “What is your favorite middle school memory?” He responded by saying his 7th and 8th grade class had about 30 students total and had one main teacher that he loved, because he was very influential to all of them. He loved Mr. Kurtz because he would do camping trips.

I also asked this question to Mrs. Burke but I thought his response would be different than the question, “What is something your students would want to know about you?” He said,

“I’ve made as many mistakes as there gonna make, I think as junior high is where you finished with elementary school and so you want things to be perfect and it’s just not gonna be and it’s still okay to make mistakes and I like mistakes because that how you learn, like if you do something perfectly the first time, you haven’t learned anything, if you make some mistakes then you start learning, that’s how I approach  music too, I play at weddings, birthday parties, and I’m still learning.”

Since I am getting to know him, I asked, “What is something you like to do in your free time?” And guess what! Mr. Larsen does ultra running. Ultra running is where you run 100 or 50 miles!! Go Mr. Larsen! However, sadly he doesn’t do it much anymore but he would run 100 or 50 mile races and he did it out in the mountains. 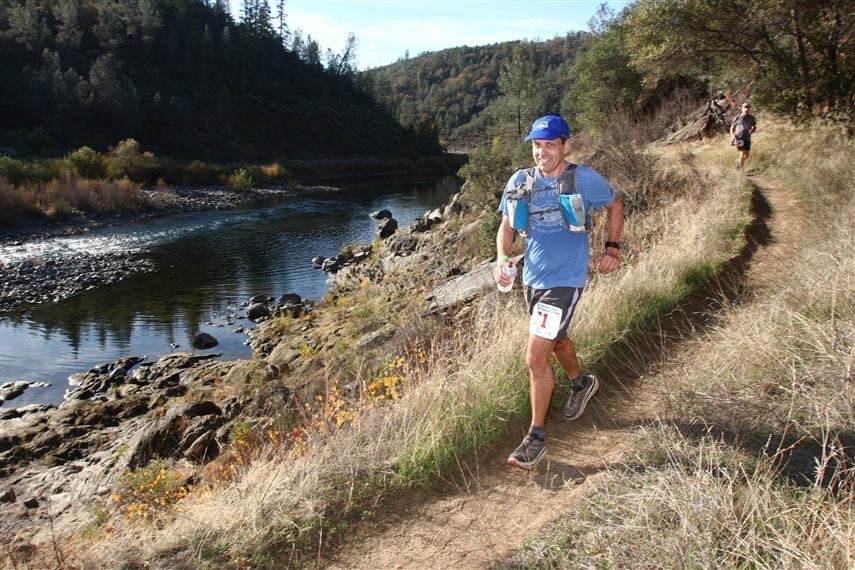 He told me before that he was in a band so I had to ask what band? He told me that they play in a band called “Wolferen Labs”! And they were together for 25 years but the pandemic sadly broke them out. So now he plays with some of the people from that bad but not much anymore.

Next as one of the final questions I asked him “how do you get students into music”. His response was along the lines of you have to find the thing that excites the student. To find the instrument that you like. He says “I try to be um, open to you finding like I approach my music classes of exploration, learning to play the guitar or trumpet is pretty hard and you would have to really want to do it to be good at it, but maybe there’s some other instrument in here that you would enjoy playing, let’s figure it out”

It was so interesting getting to know Mr. Larsen and all the fun things he likes to do. Also a big thank you to Mr. Larsen, Thank you so much for stepping in and being our music teacher, it is very much appreciated.